The scenario involves three nationals of the European Community. Inese a national of Latvia and her mother who have moved to the U.K. and Inese’s internet boyfriend who is of Danish nationality and who moved to the U.K. some time before Inese. All of them have certain issues to be resolved involving rights under the free movement of persons, provisions of EC Law.

Latvia became a member of EC in May 2004. The general rule for nationals of Member States is that they have free movement within the Community. See Article 39

However, it is necessary to state that nationals from new Member States except Cyprus and Malta do not have full free movement rights, subject to domestic law.

In Inese’s case as a national of Latvia, she would have to register with the Home Office after commencing her job under the Accession State Worker Registration Scheme. She would have to stay registered for a period of 12 months without breaks in her employment. After that time, she would gain full free movement and access to a variety of social security benefits subject to U.K. domestic law. Article 39/1 and Article 39/2 state that free movement of workers should be secured within the community and any form of discrimination based on nationality between workers of Member States abolished. The secondary legislation such as Directive 68/360 and Regulation 1612/68 also provide rights of entry and residence. However, on 30th April 2006 Directive 2004/38 will come into force and Articles 10 and 11 of Regulation 1612/68 , Directive 64/221 and Directive 68/360 are to be withdrawn.

In Inese’s case as a part time worker she would have the same employment rights as nationals. She could not be deported on the grounds of earning a low salary or being only a part time worker. See Levin v Staatssecretaris van Justitie [1982] ECR 1035.  She would be entitled to certain benefits if she fulfilled the criteria laid down by the government. These criteria would be same for nationals. See Article 7(2) of Regulation 1612/68

It is necessary to bear in mind that as she has not been working in the UK for 12 months, she would only be entitled to some of the benefits.

Under EC law, Member States are allowed to deny EC nationals rights of entry and residence only on the grounds of public policy, security and public health.[1]

Inese was a member of neo-communist party that is not illegal under UK domestic law. However, she could be deported based on her personal conduct. See Article 3 of Directive 64/221 and Van Dyun v Home Office [1974] ECR 1337

In Van Dyun v Home Office [1974] it was held that a national of a Member State could be prevented from entering and residing in another Member State based on personal conduct even if the personal conduct was not illegal. The ECJ held that membership in a particular organisation in the past could not constitute personal conduct but present membership could. Inese continued to be an active member of the neo-communist party so this could apply to her. In the later case known as R v Bouchereau [1977] ECR 1999 it was decided that threat must be sufficiently serious. The threat must affect one of the fundamental interests of society.[2]

Inese could be restricted to reside in certain parts of the UK only if nationals would be too. See Directive 64/221 and Rutili v Minister of the Interior [1975] ECR 1219

However, she could not be deported on the grounds of not having a residence permit. See Procereur du Roi v Royer [1976] ECR 497

The court held in this case that a right of residence is a fundamental right of the Treaty under Article 39 and Regulation 64/221[Art.3 (3)] therefore a failure to produce a residence permit does not justify deportation.

Furthermore, Inese would not be able to claim a maintenance grant under Article 3 of Directive 93/96. If Inese had been resident legally in the UK for three years prior to commencing higher education, she would have been able to claim a maintenance grant under the Support Student Regulations. It was said that Inese was employed in the UK. So she would be able to be classified as an “EEA migrant worker” under Education (Student Support) Regulations 2005 Schedule 2 and Paras. 4-6. The Requirement for Inese would be to continue with her employment after commencing her course.  See Lair v University of Hannover [1988] ECR 3161

It is important to discuss tuition fees support. If Inese had started her course in 2005 she would have been entitled to tuition fees support if she fulfilled all requirements of the government under the current Student Support Regulations. If Inese had started in September 2006 she would be subject to the up to £ 3,000 variable fees. She would be eligible to apply for a loan for each academic year.[3]

In the scenario Ole her boyfriend could not find a job for some time. The authorities wanted to deport him because he is not a worker. The question is whether Article 39(3a) that gives a right to accept offers of employment actually made includes jobseekers as “workers” or does not. According to Regulation 1408/71 it is possible for Ole to be awarded unemployment benefits for the period of 3 months. In R v IAT ex p. Antonissen [1991] ECR I-745 the ECJ held that jobseekers could be workers. The ECJ has also made it clear that an EC national who was searching for work, was not the same as somebody who was actually working. The ECJ identified that there was a difference between a worker and a jobseeker. Member States have a little discretion to deport jobseekers who have not found work after a period of time.

In the Antonissen case the ECJ ruled that under the immigration law a jobseeker could be deported if he had not found a job after six months unless he provided evidence that he was continuing to seek employment and that he had a genuine chance of being engaged.[4] Another issue to be resolved involves public service under Article 39(4) that states that the provisions of this Article shall not apply to employment in public service.[5] Ole was refused a job with the local council because he was not a national. Only nationals can perform certain jobs in a Member State. They vary from state to state but the general principle is that this restriction applies to posts that are connected with the exercise of official authority. In Commission v Belgium [1980] ECR 3881 the ECJ held that railway workers, nurses and gardeners are not posts that are connected with the exercise of official authority. Ole would be able to apply for jobs mentioned in Commission v Belgium [1980]. Other jobs such as hospital nurses See Commission v France [1986] ECR 1725 or teachers in state schools or universities See Lawrie-Blum v Land Baden- Württemberg [1986] ECR 2121 and Allue and Coonan [1993] ECR I-4309 would not fall into the “exercise of official authority” category either.

Posts that may fall within Article 39(4) are night watchmen, architects, police officers, and even jobs involving the tax authorities and certain public bodies. According to the scenario, Ole was unskilled so there was a possibility that the local authority discriminated against him if he applied for a “non-official authority” job. Ole could be deported based on his personal conduct. This was discussed in Inese’s case supra. Ole was a member of the neo-communist party so his present membership could justify expulsion from the UK.

Inese’s mother could be deported on the grounds of public health under Article 4(1) of Directive 64/221. This article states “Only diseases or disabilities justifying refusal of entry into a territory or refusal to issue a first residence permit shall be those listed into the Annex of this Directive.”[6]

The annex includes profound mental disturbance among other diseases. However if the mother became mentally disturbed after she came to the U.K., Article 4(2) of Directive 64/221 would have applied to her. This states that “Diseases or disabilities occurring after a first residence permit has been issued shall not justify refusal to renew the residence permit or expulsion from the territory.”[7]

Another issue that needs to be resolved is whether Inese’s mother was entitled to special benefit to attend a mental health clinic. Under Article 7(2) of Regulation 1612/68 migrant workers should have the same social and tax advantages as nationals. This Article could not apply to the mother because she was not a worker in the UK. Regulation 1408/71  lays down conditions for access to health care for people moving within the European Union. She would not be able to claim this kind of benefit because her mental disturbance was known prior coming to the UK. She should have asked the authorities for prior authorization. If she had done so, the Member State where she was insured would be able to cover the costs of her treatment. 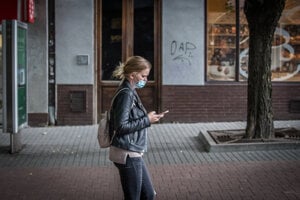 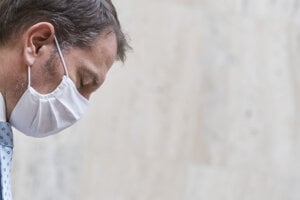 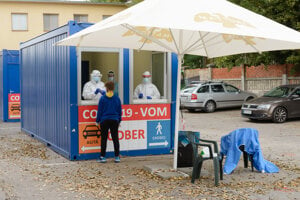 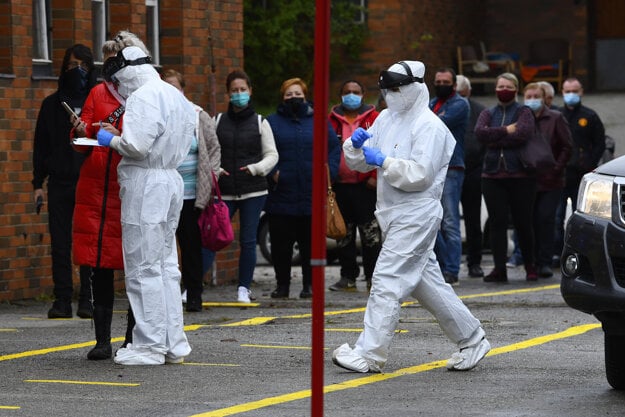 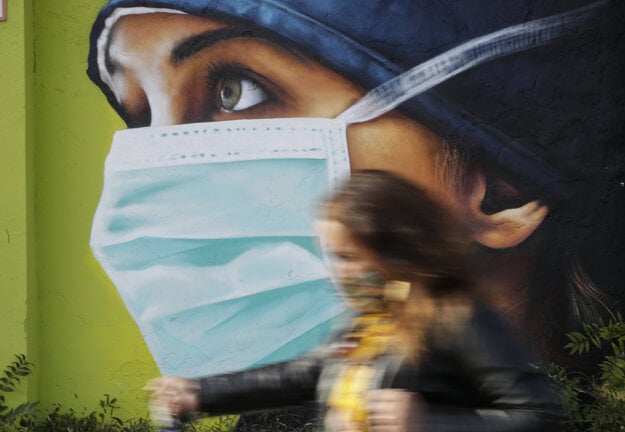 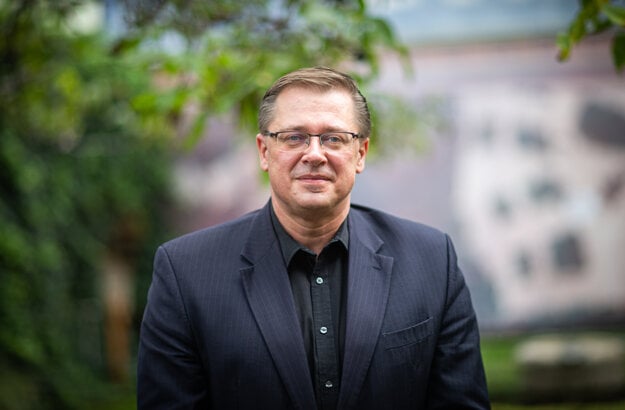 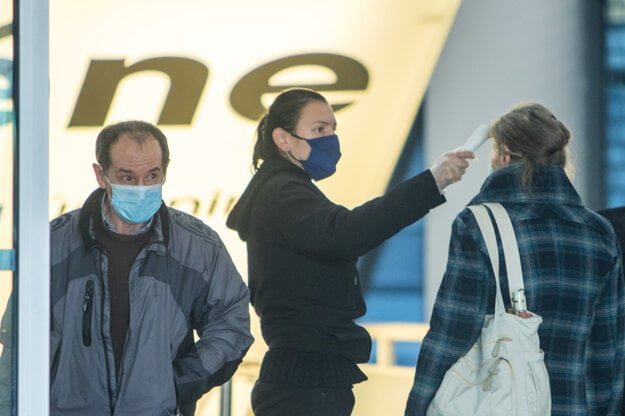 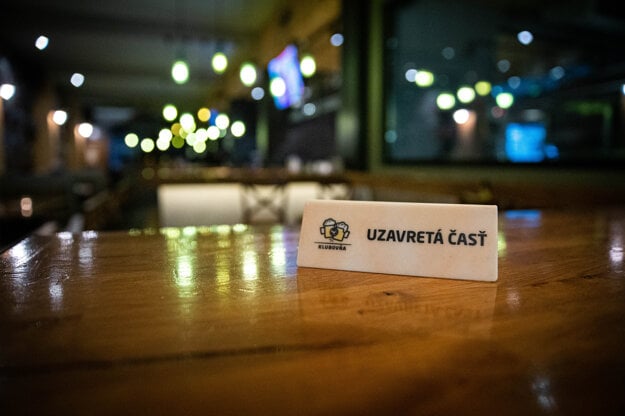